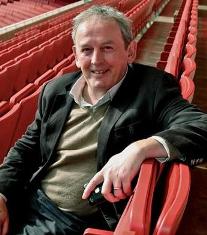 Steve Keenan started news editing at Travel Weekly in 1990, having spent the previous decade reporting general news on newspapers and news agencies, in the UK and abroad. He decided travel was his thing, and left TW to freelance. Began writing for The Times and joined the paper as deputy travel editor in 2000. Five years later, he became the first national online travel editor in the UK, running the travel websites of The Times and Sunday. Introduced video, webinars, Twitter and live blogging.

The introduction of a paywall helped persuade him to move on and, in December 2011, he co-founded www.travelperspective.co.uk. The company runs Social Travel Market at World Travel Market – it now works with WTM year-round, and other companies in helping the travel industry embrace the world of social and digital media.

Stay informed about courses and trends